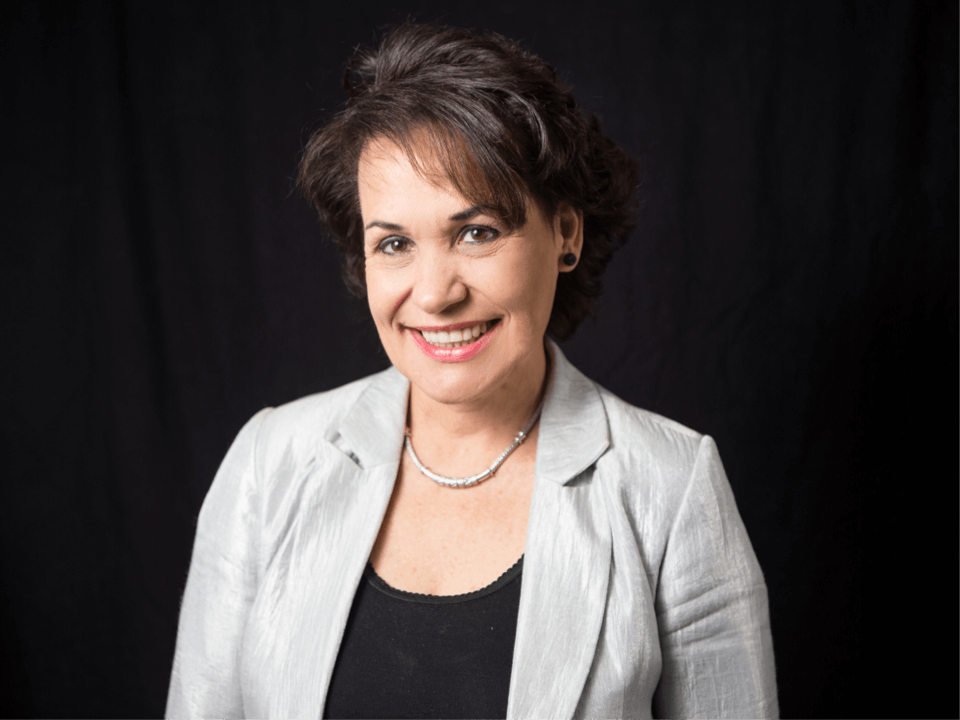 Internationally, the Senate forms an essential component of University governance and wields significant power and influence. Public universities in South Africa are required to have a Senate as prescribed by section 28 of the Higher Education Act of 1997. Whilst not compulsory for private higher education institutions, Educor is joining many international private providers in a sector that is increasingly recognising the value of having a Senate.

At Educor, the Senate is the foremost advisory and consultative body for academic matters and plays a vital role in academic quality assurance as well as determining and preserving the core academic values of all Educor brands. These include Damelin, a multi-award winning brand, which has been in operation for more than 70 years, CityVarsity, a specialised school in the media and creative fields,  Central Technical College, focusing on engineering and management studies, ICESA, a KZN brand with a full bouquet of courses and INTEC College, Damelin Correspondence College (DCC) and Lyceum College specialising in distance learning.

The Educor Senate, will serve to promote, oversee and regulate all academic matter for these brands, thus ensuring that the highest academic standards are set and maintained across the Group.

Professor Henriette Hay-Swemmer who is Educor’s Chief Academic Head and also Chairperson of the Senate explained, “The Senate within Educor Holdings will make decisions on behalf of the Group as a whole to ensure good academic governance.”  She added that parents and students registered in any of the brands should feel reassured that they are investing in an education provider that is serious about high quality teaching and learning, ensuring regulatory compliance, and which is constantly looking for innovative ways to educate”.

To achieve its objectives the Senate has a number of sub-committees including an Academic Advisory Board, Teaching, Learning and Academic Staff Development, Research and Innovation, Quality Assurance and Enhancement, Programme Development, and Student Academic Affairs. 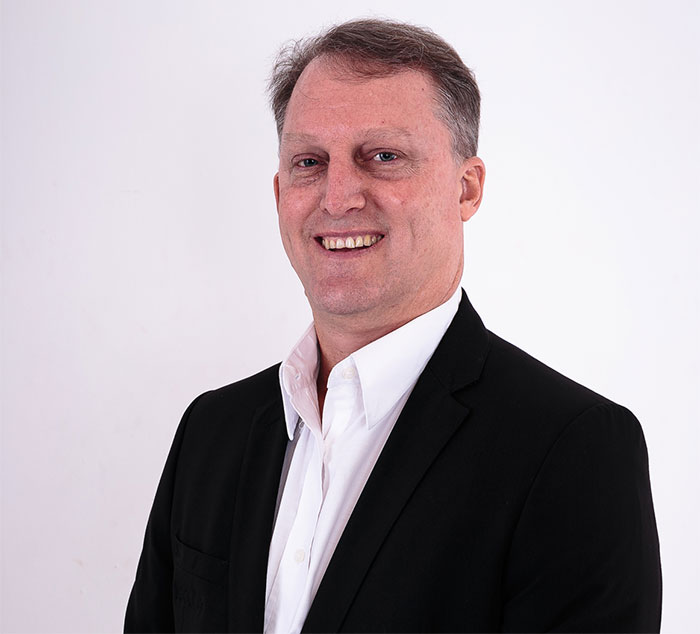 Educor Holdings, a premier education group comprising of a number of well-known brands across Southern Africa announces the appointment of Charles Reeves as its new Chief Executive Officer for the Group.

A1 Capital, the investment arm of Educor and the Executive board proudly announced the news to its staff and congratulated Charles on 30 September at Educor’s Head Office in Pinetown.

The executive members, pleased to have Charles on board as permanent CEO for the Group explained that finding the right person to steer a ship of this size has been a fundamental decision to the success of Educor and they are confident that Charles is most fitting for the role.

They also reflected on the business of education saying that the industry is complex and always changing, making it difficult to keep up with. However they are amazed at how quickly Charles has adapted in this industry and they look forward to working with him.

Charles who was excited and honoured to receive the news had this to say, “I am truly grateful for this role.  To be given the opportunity to be in the driver’s seat and make and impact in the most talked about sector right now is phenomenal.   Educor is an influential player in the education landscape, and I believe that we have a significant role to play.  I feel humble to be tasked with spearheading such a forward-thinking company and being able to make a difference.”

He further expressed his gratitude by thanking the staff.  He said, “Most importantly I would like to thank all of the staff who from the ground up make Educor a strong team.  The success of Educor’s ability to provide a world-class education service rests in the hands of our employees.”

Charles joined the team on 1 March 2015 as Group Chief Financial Officer and after seven months was appointed as Acting Group CEO.  His role as acting CEO has been to take to the helm of the organisation, to both develop and implement high level strategy and maximise the potential of the business as an entity.

Educor wishes Charles all the best as he embraces this significant role.  His focused approach and open-door communication style encourages effective development of goals and exploration of opportunities relative to the financial success and security of the business.

Educor is indeed a global player with a distinctive passion for education that resonates throughout its brands.  It collectively boasts a lineage of over 350 years in education.  Its brands include Damelin – 70 years, INTEC – 108 years, CityVarsity – 20 years, Damelin Correspondence College – 61 years, Lyceum – 100 years, ICESA – 19 years and Central Technical College – 6 years.

In June 2016, Educor acquired the London College of International Business Studies (LCIBS) and has since been relaunched as a new campus. LCIBS includes a premium executive education range, and will soon be offering postgraduate qualifications, including MBAs.  With a ‘One World, One Classroom’ concept and by using technology as a bridge, South African students can access international qualifications.

The LCIBS model will be replicated across continents with Cape Town, South Africa opening in January 2017 and other international locations later in 2017.  With campuses in London and abroad, Educor is able to offer its students an intercontinental experience, which allows for interaction with an expert flying faculty right at the campus, as well as via virtual classrooms.

Educor introduces its team of experts

Private education provider, Educor Holdings, is proud to officially introduce the Group’s Executive Board of professionals. The EXCO team exists to provide the best in leadership and to ensure Educor’s mission to Dream, Believe and Achieve is carried out in all avenues of the company.

Educor’s board members incorporates new board members; Creedon Kay as Group CFO.  Creedon is a BCom graduate, who believes in an equal balance between work and family. He comes with a world of knowledge in the financial industry. From working at over four recognised companies in the country, he brings field experience that makes him an asset to the company. I believes in working with financial strategies that are in line with the company’s business strategy and focuses on financial disciplines and discipline that are most effective.

Prof Henriette Hay-Swemmer holds a BA and HED from the University of Stellenbosch, Bed (Honours) and Med (Cum Laude) from the University of the Free State and a PhD from Vista University. She has established herself as a prolific researcher in higher education, participating with distinction in numerous national and international research projects on teaching and learning. Some of her career highlights includes; being a successful author for over 40 academic publications that cover a range of pertinent subjects. Topics range from the educational landscape of South Africa, learning approaches, professional development, teacher induction, learners with special needs and more. She possesses over 12 years of experience in universities executive management teams, seven years as a Deputy Vice-Chancellor responsible for the Academic portfolio. Prof Swemmer is passionate about harnessing the power of educational technologies to help bring the group into the cutting edge of 21st century learnings. She is a philanthropist, who is dedicated to high quality learning and creating an enabling environment for both students and academic staff.

Kimberley Axon joins the Group as Chief Executive for HR.  Kimberley is passionate about implementing new systems and change management. She has gained a wealth of knowledge over the years, which she brings to Educor. Holding multiple qualifications, including an HR Management Diploma, BA Degree and a Honours degree in Psychology from the University of Johannesburg, Kimberley’s wealth of experience includes working for Sage as an HR Director, multinational oil giant Weatherford in Houston, Texas – USA in a global role, recreating HR practices and travelling to various continents training staff and implementing new working systems. Whilst in Kenya she established an HR department from grass-roots level, managing over 66 000 employees.  An optimist and equal rights activist who strives for diversity in the workplace, Kimberley is well on her way to making Educor an employer of choice.

Dassie Moodley moved to the position of Group Legal Advisor and Company Secretary from Group Legal Manager, a mere two months ago. With a Master’s Degree in Law from the University of KwaZulu-Natal, Dassie is an admitted attorney. Upon joining Educor, he was responsible for setting up and kick starting the legal department. Dassie is a dedicated team player and is passionate about Educor. He believes the Group has much to offer the community.

Sales and Marketing Executive, Imraan Asmall who is an expert in his field, first started his career in the retail industry and worked his way to the top of the business to become a valuable member of the EXCO team. There he learned about brand strategies, brand positioning and the value of the customer in a company. He then went on to become the turnaround strategist for City Girl. In 2004 he set up his very own marketing agency and by 2012 was the Managing Director for Fashion Fusion. He now brings his vast understanding to Educor and believes the brand can dominate in the education sector. He aims to give each brand under Educor a unique identity and positioning. “The bigger brands like Damelin and INTEC need to have a voice on its own. Each staff member working on these brands must live and breathe them. I also believe in building a cultural environment with better campus vibes, student loyalty programmes and an environment that staff can grow and thrive in,” he said. 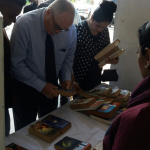 Button TextThis is a popup